* Jetline: Voices from the Flight Path

* When the Jets Fly: New Warplanes Turn US Towns Into Sonic Hellscapes

~ Retired Air Force Colonel Rosanne Greco ~
Greco spent 30 years in active service specializing in strategic intelligence, nuclear weapons and arms control. Former chair of the South Burlington City Council and an active Unitarian Universalist. Greco has been fighting the basing of F-35s in Vermont for ten years.
~ Omar Poler ~
Poler lives in the Eken Park neighborhood of Madison and has been organizing with his neighbors to stop the F-35 “beddown” and protect water from PFAS contamination. He is a leader of Eken Park Resistance.
~ Terra Huey ~
Huey is the social media coordinator for the Sound Defense Alliance, a coalition of groups in Northwest Washington and the Salish Sea. SDA is recognized for getting Real-Time Noise Monitoring into the National Defense Authorization Act, passed last year by Congress. 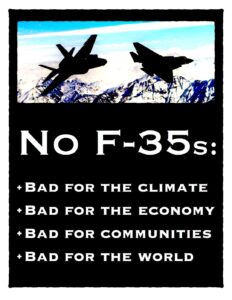 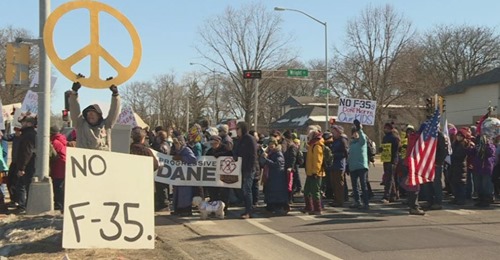 The Wisconsin Department of Natural Resources (DNR) has begun to draft rules to establish state PFAS standards for drinking water. Data, scientific evidence and community testimony around PFAS raises the alarm for strong and immediate action on proposed rules for drinking water and surface water standards. Our groundwater, Starkweather Creek, the Yahara chain of lakes and our fish in and around Madison are already contaminated with PFAS thousands of times the anticipated water standard. 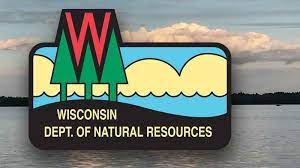 WE ARE ASKING THAT YOU WRITE DNR STAFF AND SUPPORT THE ADOPTION OF NEW PFAS DRINKING WATER STANDARDS.

By this Wednesday, December 8th, please register your support for Board Order DG-24-19 to revise chapter NR 809 and adopt new drinking water maximum contaminant levels for PFAS substances. (More details about the rule and process … detailed Board Order DB-24-19

Bureau of Drinking and Ground Water

Background In order to establish standards for PFAS, the DNR will need to revise the NR 809 regulations, the Safe Drinking Water Standard. The DNR already held a public meeting on December 1st. Many state citizens commented during this virtual meeting. They said:

The next step in the rulemaking timeline is the DNR Board meeting on January 25-26, 2022, where they will consider adoption of the rule.

Thank you, thank you!
For safe water and skies,
Lance, Anne, Tom, Vicki and all the folks at Safe Skies Clean Water Wisconsin
We know the poison is here.  The decision makers play a shell game and shelter the government and corporate manufacturers.

I wish the elected and appointed would speak truth, damn it.  Instead, the corporate mainstream news sources and the politicians with any real power act as a filter most of the time to serve corporate government owners.

I’m no expert, but I believe that if Truax is a polluted SuperFund site that they should not be allowed to stir up the pollution with their construction projects.  It seems as though government, especially federal, is above the laws and justice is ignored.  They are building a new terminal now and getting ready for more weapons of war [-crimes.]

That is not how republic and representative government works.  In the end, I guess, we get what we allow.

We also allow the rights of human beings around the world to be violated to serve the profits of the connected and powerful.
1)  “Michael Regan, the head of the Environmental Protection Agency, said his agency is taking a series of actions to limit pollution from a cluster of long-lasting chemicals known as PFAS that are increasingly turning up in public drinking water systems, private wells and even food.
The Defense Department said it is moving to assess and clean up PFAS-contaminated sites throughout the country, while the Food and Drug Administration will expand testing of the food supply to estimate Americans’ exposure to PFAS from food. The plan is intended to restrict PFAS from being released into the environment, accelerate cleanup of PFAS-contaminated sites such as military bases and increase investments in research to learn more about where PFAS are found and how their spread can be prevented.”

4)  Maria Powell has been writing regularly as developments come

5)
We Poisoned the Lakes
MEJO, Jan 2021
6)
Interactive Map: PFAS Contamination Crisis: New Data Show 2,854 Sites in 50 States
Per- and polyfluoroalkyl substances (PFAS) are a group of man-made chemicals that includes PFOA, PFOS, GenX, and many other chemicals. There is evidence that exposure to PFAS can lead to adverse human health effects.
https://www.safeskiescleanwaterwi.org/pfas/

‘Forever chemicals’ from a military installation at Mitchell Airport are a risk to nearby drinking wells, Lake Michigan, a report says

“Despite testing that found “forever chemicals” at Milwaukee Mitchell International Airport two years ago, the Department of Defense has yet to move forward with a plan to address the contamination, putting nearby residents with private drinking wells at risk. 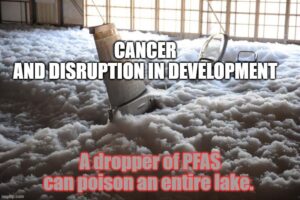 The Department of Defense was notified by the state Department of Natural Resources that it was the responsible party for contamination from PFAS — per- and polyfluoroalkyl substances — in ground and surface water near the airport in 2019, but no action has yet been taken, according to a new report by the Environmental Working Group.

The environmental advocacy group looked at publicly available data related to PFAS testing at DOD sites across the Great Lakes region and found that several sites, including Mitchell Airport, could be contaminating not only groundwater but the lakes that give the area its name.

Some of the highest levels of the chemicals were found in private drinking wells along the borders of the Milwaukee airport, said Jared Hayes, a policy analyst with the Environmental Working Group. And because no aggressive action has been taken since the discovery of the compounds, some residents in the area may not even know they’re at risk.

“People with private wells on the Great Lakes near these bases may not even know they’re being exposed to these chemicals,” he said.

Contaminated water is also flowing into Lake Michigan from the airport, where it is likely to accumulate in the fish population.

Lake Michigan also serves as a drinking water source for both Milwaukee and Chicago, meaning millions of people rely on the lake. Three other DOD sites along Lake Michigan are suspected to have released PFAS as well: the Great Lakes Naval Service Training Command and Fort Sheridan in Illinois and the Gary Army Aviation Support Facility in Indiana.

The Duluth International Airport was cited as the only DOD site along Lake Superior to have a confirmed military PFAS discharge.

The chemicals are most likely from the use of firefighting foam used to put out high-temperature fires like those that would occur when jet fuel ignites.

“They’ve been using this stuff for decades on various installations for gasoline fires or training exercises,” Hayes said. “Then it gets sprayed off the tarmac, and it goes into streams and builds up and builds up.” 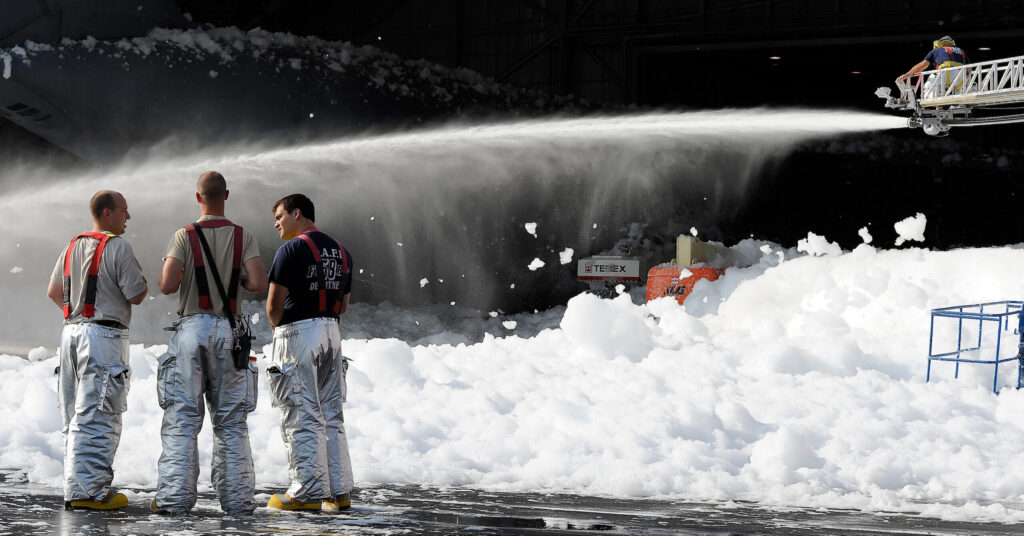 Mr. Barry Williams, a civilian fire fighter with the 436th Civil Engineer Squadron, Fire Department, sprays water on fire suppression foam in hangar 706 while other firefighters watch on Sept. 16, 2013 at Dover Air Force Base, Del. Personnel from the Dover Fire Department responded to the inadvertent release of fire suppression foam and then worked to dissipate the foam using water sprayed from a ladder truck so clean-up efforts could begin. (U.S. Air Force photo/Greg L. Davis)

Chemicals first linked to airport in 2019

“Forever chemicals” were first detected at Milwaukee’s airport in 2019, when DNR testing showed contaminated stormwater flowing to Wilson Park Creek, which drains into the Kinnickinnic River and eventually the lake and Oak Creek, which empties directly into the lake.

The department ordered that the airport needed to determine the source of the contamination, prevent future discharges and develop a cleanup plan. At the time, levels were not high enough to be considered a public health concern, but the department wanted the water utility to monitor levels.

Included in the testing results in 2019 were about six compounds, including PFOA and PFOS, two of the most researched PFAS chemicals.

Though recommendations at the time called for wastewater utilities to start measuring for PFAS, no such rules have yet been instituted, because the utilities are not the source of chemicals but merely a receiver as the chemicals are washed down drains across the state.

On French Island, which is home to the La Crosse Regional Airport on one side and the Town of Campbell on the other, over a thousand people are receiving bottled water after PFAS were found in private drinking water across the island. Research into the airport’s past has shown that ongoing testing of PFAS-containing firefighting foam and foam used to put out blazes caused by plane crashes are likely responsible for most of the contamination.

PFAS are a family of man-made chemicals used for their water- and stain-resistant qualities in products like clothing and carpet, nonstick cookware, packaging and firefighting foam. The family includes 5,000 compounds, which are persistent, remaining both in the environment and the human body over time.

PFAS have been linked to types of kidney and testicular cancers, lower birth weights, harm to immune and reproductive systems, and altered hormone regulation and thyroid hormones.

Fish consumption advisories due to PFAS contamination have been issued across the state of Wisconsin, but none yet exist for Lake Michigan.

Last year, an advisory for Lake Superior recommended that anglers and fish fry fans do not consume rainbow smelt more than once a month after tests revealed they were accumulating the chemicals in their tissue.”

Laura Schulte can be reached at [email protected] and on Twitter at @SchulteLaura.

Hundreds of Military Sites with Discharges of PFAS

More on PFAS Forever Chemical Pollution of Our Water 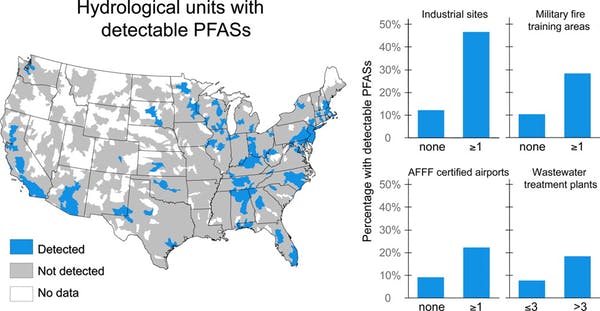