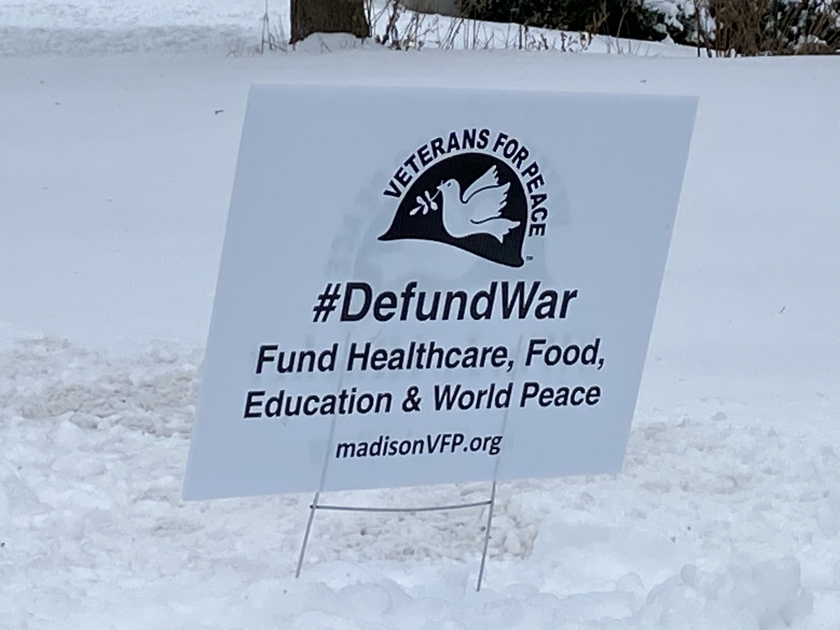 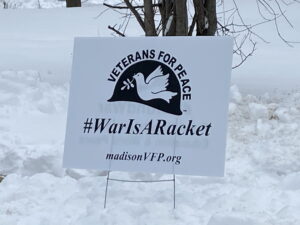 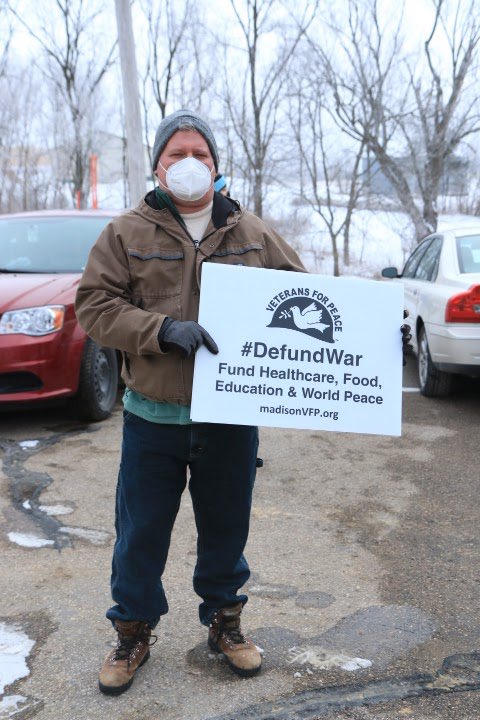 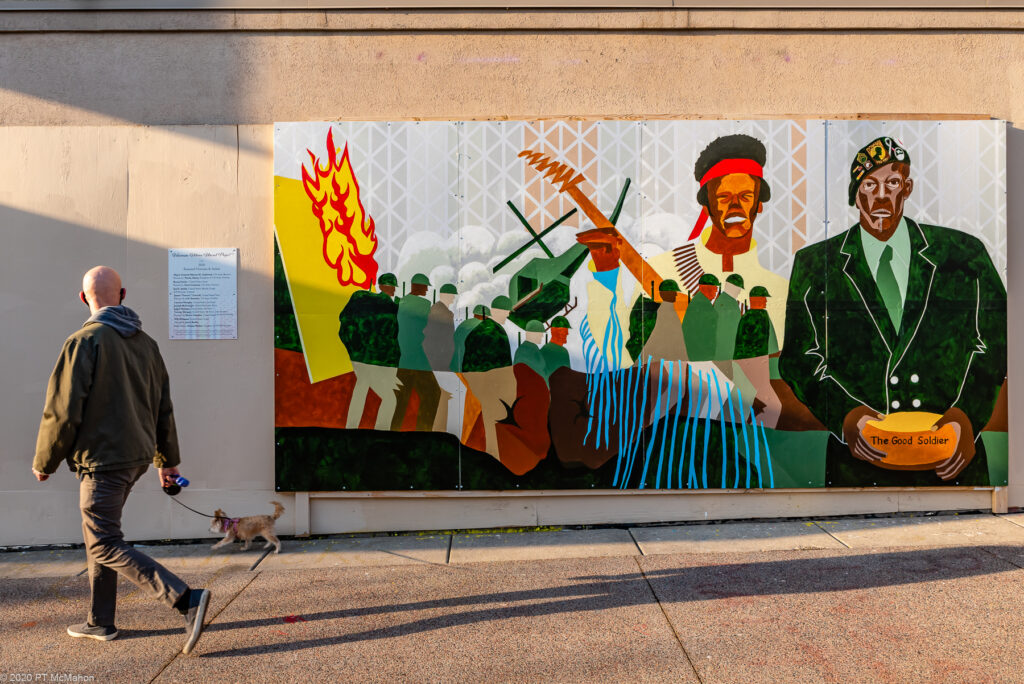 “Let’s review some headlines from the past several years regarding Lockheed Martin’s F-35 Joint Strike Fighter program, shall we?

From Fortune magazine: “Pentagon Report: The F-35 Is Still a Mess.”

From Scientific American: “What Went Wrong with the F-35, Lockheed Martin’s Joint Strike Fighter? The F-35 was billed as a fighter jet that could do almost everything the U.S. military desired but has turned out to be one of the greatest boondoggles in recent military purchasing history.”

From National Interest: “The F-35 Is a $1.4 Trillion Dollar National Disaster.”

From Defense News: “The Pentagon is battling the clock to fix serious, unreported F-35 problems.”

From Americans for Tax Reform: “The F-35 is a ‘big government’ disaster in its worst form.”

From the Foundation for Economic Education: “The F-35 Project Has Been a Disastrous Waste of Money: A cherished Pentagon boondoggle, the F-35 program is the most expensive weapons system in history.”

The list goes on. And on. And on. The F-35 project, which a New York Times report recently referred to as “arguably the most notorious weapon ever produced,” is such a fiasco that former acting Secretary of Defense Patrick Shanahan reportedly referred to the Lockheed Martin program that developed it as “f—ed up.” That got Shanahan, a former Boeing executive, in hot water, so the Pentagon’s inspector general stepped in to examine whether the acting secretary was unfairly biased against a project developed by a competing cog in the military-industrial complex.

No, the inspector general determined, Shanahan did not display undo bias when he referred to the F-35 program as “f—ed up,” and complained about how frequently the planes were grounded. He was just repeating the common thinking at the Department of Defense. According to www.military.com, “that sentiment appears to be widespread among Pentagon leaders. Witnesses said his comments about the F-35 program are consistent with those made by other defense leaders, the report states.”

Michael Gilmore, the director of operational testing and evaluation for the Pentagon, was particularly blunt. “The F-35,” he said, “is an extreme example of optimistic, if not ridiculous, assumptions about how a program would play out.”

So where might this turkey land? At Madison’s Truax Field. The prospect has stirred significant opposition locally, especially since a draft environmental impact statement released by the Air Force determined that bringing the National Guard’s F-35 Fighter Squadron to town would subject almost 2,800 people to substantially increased noise levels — with an average sound level of 65 decibels or more. Some areas near the airport would become “incompatible for residential use,” according to the report. With substantial spending to mitigate against the increased noise, homes in and around those areas might be made livable. But the questions of how decisions regarding mitigation will be made and what guarantees will be given Madisonians remain unresolved.

Proponents of the F-35 project remain enthusiastic about it, suggesting it could produce as many as 65 new jobs — and, potentially, secure the future of the Truax facility. But state Rep. Chris Taylor, D-Madison, said, “I just really question (whether 64 or 65 jobs are) really worth it to displace people. Is it really worth it to disrupt the quality of life for these people?”

Thousands of Madisonians are answering “no” because of concerns about the potential displacement and disruption that the military admits could be associated with the plan to base F-35s in the city. But even if the planes were silent, there’s a strong case to be made against linking Madison’s future with this F-35 fiasco.

Just last week, Defense News reported that the F-35 program — as well as the F-22 — “will not meet an 80 percent mission-capable rate requirement set by former Defense Secretary Jim Mattis.” Proponents of the F-35 project keep claiming things are getting better, arguing that Lockheed Martin is finally getting its act together. But, by too many measures, it remains the mess that the late Sen. John McCain, R-Ariz., was talking about during one of the last hearings he chaired while serving on the Senate Armed Services Committee. “The F-35 program’s record of performance has been both a scandal and a tragedy with respect to cost, schedule and performance,” said McCain. “It’s a textbook example of why this committee has placed such a high priority on reforming the broken defense acquisition system.”

Wisconsin has a rich tradition of objecting to the absurd excesses of the military-industrial complex. It goes back a century to when former Sen. Robert M. La Follette warned his constituents to be wary of “gentlemen interested in war as a business.” Former Sen. William Proxmire became famous for identifying excessive and irresponsible Pentagon spending with his Golden Fleece awards. Former Sen. Gaylord Nelson led Senate battles against unnecessary weapons systems. And former Sen. Russ Feingold worked with McCain to identify and address abuses by military contractors — including, notably, Lockheed Martin.

Objecting to the waste, fraud and abuse that is perpetuated by the military-industrial complex that former President Dwight Eisenhower identified is a Wisconsin tradition. La Follette laid the marker down long ago, declaring that we should always guard against “the tide of sentiment that, under the guise of patriotism, is actually based on commercial greed.”

The F-35 project is an example of commercial greed at its most indefensible. It has no place in Madison or anywhere else in Wisconsin.”

“On behalf of the people of Wisconsin, Lieutenant Governor Barnes and I hope this email finds you safe and healthy. As we have done throughout the past several months, we would like to provide you with the most up to date and accurate information available regarding the current public health crisis.

As of August 14, Wisconsin has seen over 63,000 confirmed cases of COVID-19. Over one thousand  Wisconsinites have died from COVID-19. I would like to extend my deepest condolences to everyone who has lost someone they love during this pandemic. Our entire state is thinking of you and holding you in our hearts, and our administration will continue to do everything we can to limit the spread of COVID-19.

Unfortunately, throughout July we saw a surge in new cases across our state and, although we are fighting the same pandemic, we now find ourselves in a completely different situation. Although our local public health officials and frontline workers have done a heck of a job keeping our communities safe, July’s rise in cases reinforces the reality that COVID-19 does not stop at county or municipal lines. That’s why, on July 30, I declared a new public health emergency and issued Emergency Order #1 to put in place a statewide face covering requirement. Emergency Order #1 implemented the Centers for Disease Control’s recommendations requiring face coverings and masks and allowed Wisconsin to join the vast majority of states in recognizing the importance and effectiveness of face coverings in preventing the spread of COVID-19. If you have questions about the statewide face covering requirement, please consult this list of frequently asked questions.

We recognize that many Wisconsinites continue to struggle financially. You may find it useful to know that the Public Service Commission (PSC) voted in late July to prohibit utility disconnections until at least September 1 and will meet later this month to determine if a further extension is necessary. You can learn more about this decision and how it may affect you here. We have also included a more comprehensive list of financial resources below: