Back from the Brink Background

Back from the Brink Page – Physicians for Social Responsibility (PSR) Wisconsin

Physicians for Social Responsibility (PSR) Wisconsin is launching a campaign calling on Madison to support a “Back from the Brink” resolution.

The resolution endorses the 2017 United Nations ban of nuclear weapons, calls for specific steps to prevent nuclear war, and a commitment to nuclear weapons-free contracts and investments.

Support Back from the Brink

In 1983, the Madison City Council passed an ordinance declaring the city a “nuclear free zone”. We are asking our City Council members (Alders) to pass a Back from the Brink Resolution which builds on this ordinance and commits the city to nuclear weapons free contracts and investments. Our City already has a socially responsible investment policy in place; it no longer invests in fossil fuel companies. We are asking the City do the same regarding nuclear weapons production.

Some say nuclear disarmament is an issue that should be taken up with our Senators and Representatives rather than our City Council members. But national policy has local consequences.

Plans are underway to expand the Truax Air Force base in Madison and bring in F-35 fighter jets designed to carry B61 nuclear bombs. If nuclear capable F-35’s were stationed here, Truax would become a nuclear target.

In the event of a nuclear-armed F-35 crash, Madison could be exposed to air, ground and water contamination with plutonium, even if a nuclear chain reaction did not take place.

Back from the Brink: The Call to Prevent Nuclear War is a national grassroots initiative seeking to fundamentally change U.S. nuclear weapons policy and lead us away from the dangerous path we are on. The Call lays out five common-sense steps that the United States should take to reform its nuclear policy. We are asking individuals and organizations around the country to endorse The Call and build support for the U.S. government to adopt it as its highest national security priority. Join the effort and help build a safer world for our children to inherit. 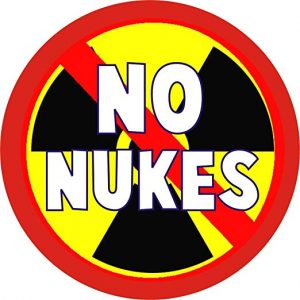