Image credit – Ghosts by Mario Sanchez Nevado
Trauma has become a precondition to how we organize our everyday lives, whether from familial violence or mass shootings, or as an outcome of war, oppression, famine and disasters.

Keynote address given by special guests Arno Michaelis and Pardeep Kaleka of the Forgiveness Project.

“From the age of 17 Arno Michaelis was deeply involved in the white power movement. He was a founding member of what became the largest racist skinhead organization in the world, a reverend of self-declared Racial Holy War, and lead singer of the race-metal band Centurion, selling over 20,000 CDs to racists round the world.

Today Arno is a speaker, author of My Life After Hate, and works with Serve2Unite, an organisation that engages young people of all backgrounds as peacemakers.”

In August 2012, six people were shot in a mass shooting at a Sikh temple in Oak Creek, Wisconsin. It was the worst race-based attack in the U.S. since the KKK bombed the 16th Street Baptist Church in 1963. Pardeep Kaleka‘s father was murdered during this event, since then Pardeep has become a powerful voice against hate crime and violence.

There will be workshop/panel led by Masood Akhtar and Mike McCabe of Wisconsin’s United Against Hate (https://www.united-against-hate.org/).

We Are Many-United Against Hate is an organization of common people—urban and rural, spiritual and secular—seeking equal protection for all, united against hate, bigotry and racism.

For more information on the conference and the Wisconsin Institute for Peace and Conflict Studies, please visit https://www.wisconsin-institute.org/.

A $1,200 scholarship will be offered for the upcoming 2015-2016 academic year to a Madison High School student who writes the best original essay on the peace topic “Why I Believe War and Violence Are Not the Answer”.     (See scholarship application for more details.)

This scholarship is open to any senior student at a Madison public high school who will graduate in 2015.  Applicants must plan to enroll at Madison Area Technical College (Madison College)–full-time or part-time–beginning the fall semester 2015, to be eligible to receive this award.

Applications must be postmarked no later than Saturday May 2, 2015. 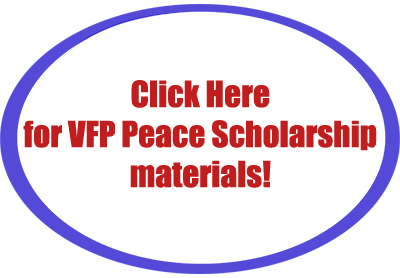