Veterans for Peace of Madison will pay dramatic attention to the human cost of violent wars waged for most of the 21st Century in Afghanistan and Iraq with the unveiling May 27, of the Memorial Mile along Atwood Avenue at Olbrich Park; and a Memorial Day Peace Rally beginning at 1 p.m. Monday, May 29, at the Gates of Heaven building in James Madison Park.

“The Current Fight Against Fascism” will be the topic of guest speaker Matt Rothschild during the peace rally program, which will include an invocation by priest, former police chief, and Veterans for Peace (VFP) member David Couper. Student scholarship winners will be noted, the band Old Cool will perform, and bagpipe dirges will end the Peace Rally program at the historic stone building, 302 E. Gorham. 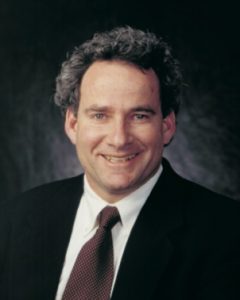 Author and commentator Rothschild is executive director of the Wisconsin Democracy Campaign, and former editor and publisher of The Progressive magazine. “Clarence Kailin dedicated his life to fighting fascism,” Rothschild said announcing his topic. “Now the specter of fascism is upon us again, and we must fight it again.”

Clarence Kailin died in 2009 at age 95. He was a founding member and the namesake of VFP Chapter 25 in Madison. Kailin was among 2,800 American volunteers in the Abraham Lincoln Brigade who fought Italian and German Fascists during the Spanish Civil War 1936-39. A memorial marker to Wisconsin veterans of the fight against fascism is located near the Gates of Heaven building. Kailin was a lifelong advocate for world peace, saying he saw enough of the horrors of war in Spain. The VFP rally will end as red carnations are placed at the Lincoln Brigade marker while Sean Michael Dargan plays music on the bagpipe.

Deceased members of VFP Chapter 25 will be acknowledged during the program. Also honored will be students from area high schools who wrote winning essays in the chapter’s ongoing scholarship program. Senior students in Madison and Southwestern Wisconsin schools are invited annually to enter the essay contest named after the late Dr. James C. Allen, a long-time Madison peace activist. The essay topic is: “Why I Believe War Is Not the Answer.” This year, more than 30 essays were submitted in the contest.

Beginning two days before the May 29 program, VFP members and volunteers will install a week-long “Memorial Mile” display of more than 6,000 simulated grave markers bringing attention to U.S. deaths in the ongoing Iraq and Afghanistan wars. The Memorial Mile display—May 27 to June 3—will be located along Atwood Avenue near Olbrich Botanical Gardens. Motorists and pedestrians are welcome to examine the display and receive information available at the site. The May 29 peace rally is also free and open to the public.

(Note: For more information please contact David Giffey at 608-753-2199. A photo of guest speaker Matthew Rothschild is attached to this message).