We must rethink drone warfare. 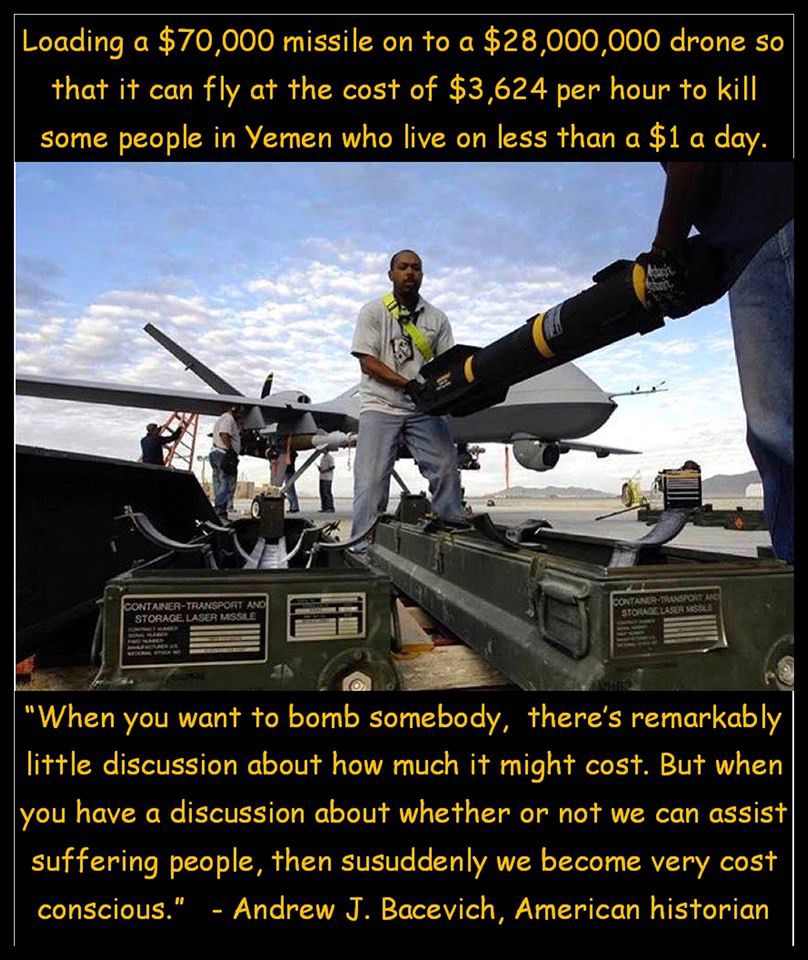 Bacevich is a professor of history and international relations at Boston University. A graduate of the U.S. Military Academy, he received his Ph.D. in American Diplomatic History from Princeton University. Before joining the faculty of Boston University, he taught at West Point and Johns Hopkins University. Read posts on BillMoyers.com written by Andrew Bacevich.

Seven peace activists walked onto the base at Volk Field at noon on Tuesday, November 12, wearing black veils, carrying limp dolls and posters of children killed by drones. They were
arrested by Juneau County officers, handcuffed and taken to the station in Mauston, where they
were booked and cited for trespassing and released.

Statement read on the grounds of Volk Field ANG Military Base, November 12, 2019

We come, in peace.

We come, because we mourn the children who have died from attacks by U.S. military drones. We remember these children, whose lives have been cut short while also remembering their
mothers, fathers, brothers, sisters, and grandparents who continue to mourn the deaths of
these beautiful children.

We come, because the United States is solely responsible for the deaths of many thousands of people from drone attacks, including thousands of children who have been killed by drones.

We come, because our government covers it up, and it is impossible to really know how many innocent lives have been lost in Pakistan, Afghanistan, Yemen, Somalia and other countries in the Middle East and in Africa, yet the Journal for Investigative Journalism claims that between
8,000 and 12,000 people have been killed by U.S. drones.

We come, because we are causing unimaginable grief to mothers and fathers, sons and daughters whose loved ones have been murdered by the US government. We must remember that these are real people with names and families who love them.

We come, because killing with drones is a violation of human rights and international law. Drone attacks are clearly extrajudicial assassinations, going against the constitution and have
been condemned by the United Nations.

We come, because the personnel working with and training with the RQ-7 Shadow Drones at Volk Field are an integral part of and are complicit in the whole US drone warfare program.

We come, because Dr. Martin Luther King Jr. said, “The Arc of the Moral Universe Is Long, but It Bends Towards Justice.” We want to be a part of making the arc bend towards justice. We call upon you to be part of it also. 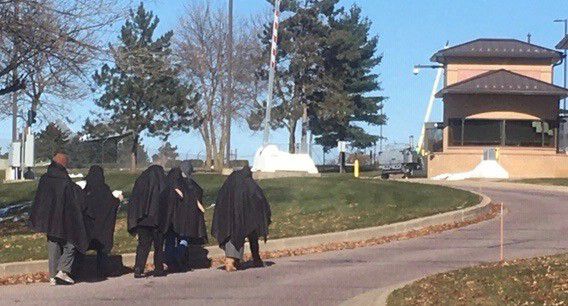 1 thought on “We Must Rethink Drone Warfare”