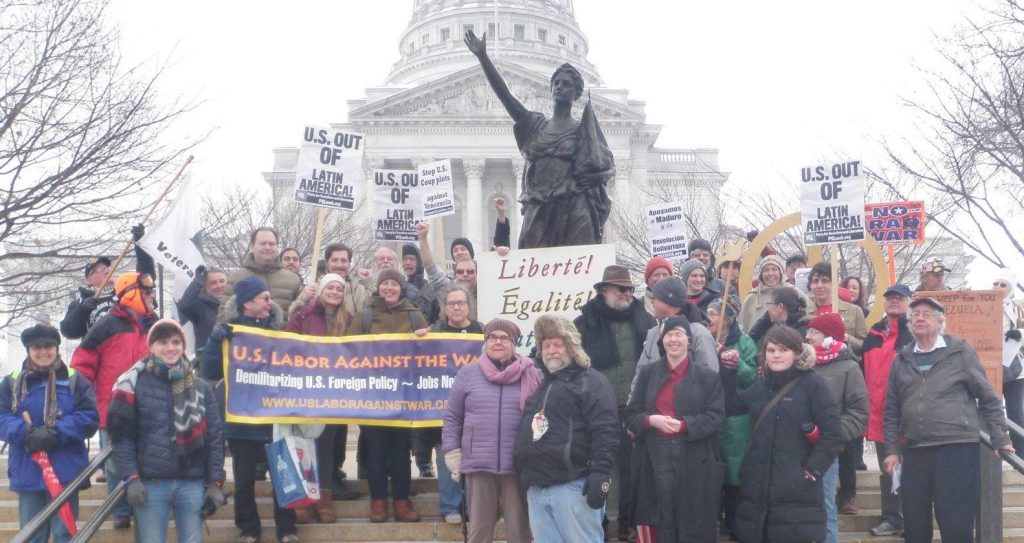 Demanding “regime change,” this administration is laying siege to Venezuela. Washington’s deepening of sanctions, a form of economic warfare, is solely aimed at worsening an ongoing crisis in order to impose powers in Caracas favorable to US interests. US actions have served only to deepen political divisions and decrease the likelihood of a peaceful solution, as they increase hardships and suffering of the common people.

Venezuela has world’s largest known oil reserves. And that fact has more to do with US demands for “regime change” and threats of further intervention than any concerns for “democracy” or “freedom” and the “defeat of tyranny.”

US efforts to overthrow the present government will only serve to further weaken any prospects for a peaceful, democratic resolution to the crisis and leave a bitter legacy in keeping with the long history of US intervention in the region.

The revival of “Yankee imperialism” at its worst must immediately be brought to a halt. People here in the US must once again come together to counter Washington’s aggression, overt and covert, in Venezuela and elsewhere in Latin America — the necessary precondition for peace, true democracy, and security. Join in opposition and voice demands for an end to US intervention and violations of Venezuela’s national sovereignty. 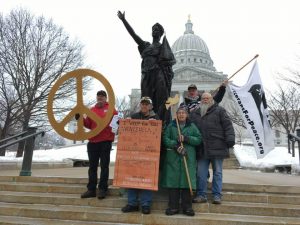 -U.S. Hands Off Venezuela
-NO to a “Regime Change” Coup
-NO to sanctions, oil embargo and economic warfare
-NO to military intervention by the U.S. and its regional proxies!

The event was endorsed by: 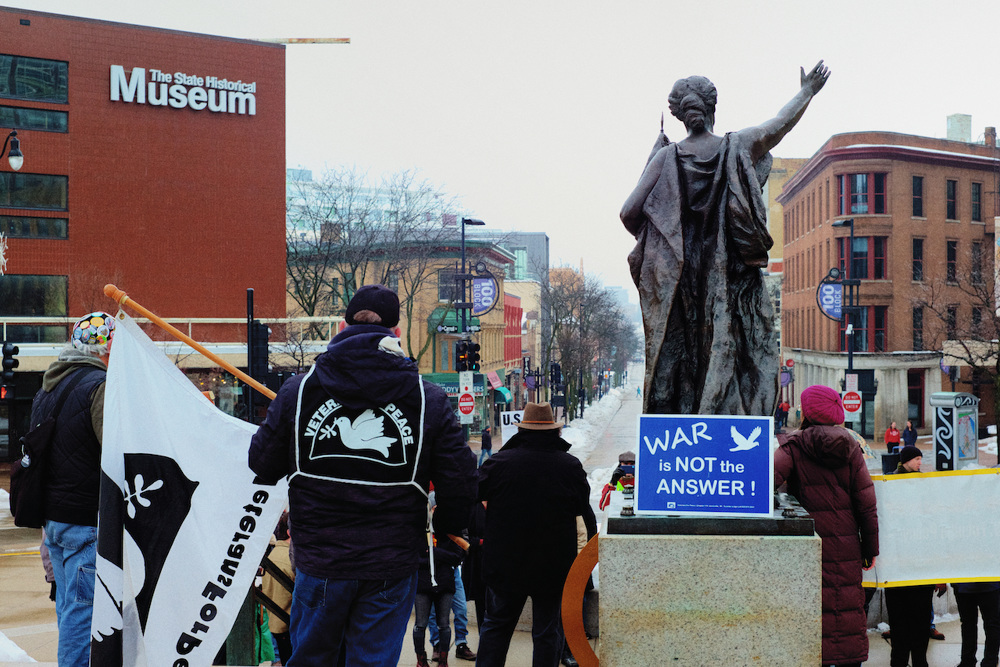 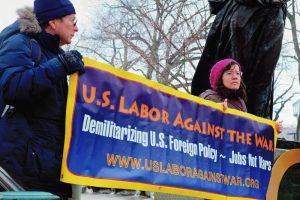 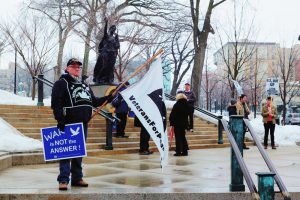 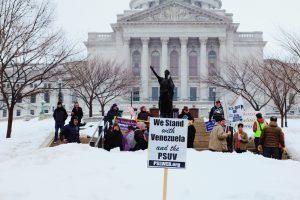 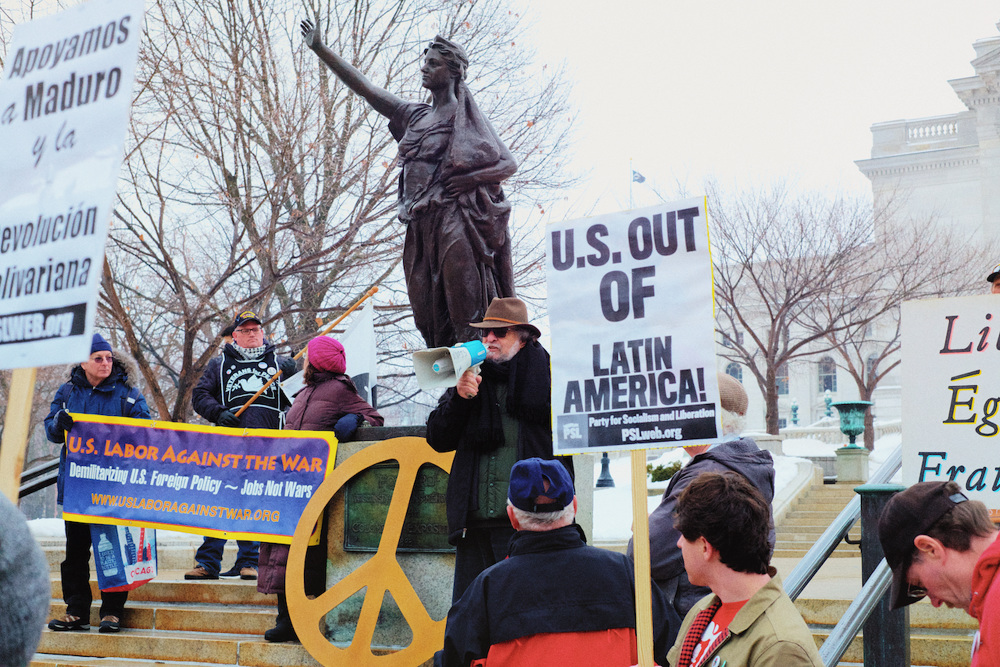 Veterans For Peace is outraged at the unfolding coup d’etat in Venezuela, which is clearly being orchestrated by the U.S. government. Two hundred years of blatant U.S. intervention in Latin America must come to an end. 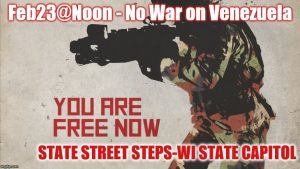