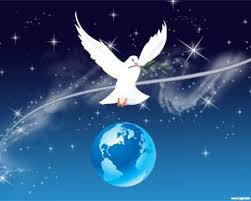 The group meets in downtown Madison from 12:00 noon to 1:00 pm on the corner, by the County-City building: The corner of Martin Luther King Jr. Boulevard and Doty Street.

There are signs and flyers available each week. The flyers to be handed out to passers-by.
All are welcome to join this group, which meets every Monday noon, except Federal holidays – (or if the temperature sinks below -20 degrees… and even then, some members enjoy standing for peace.) Link to the Vigil Facebook Page, give them a like

Arise, all women who have hearts, whether your baptism be that of water or of tears! Say firmly: “We will not have great questions decided by irrelevant agencies, our husbands shall not come to us, reeking with carnage, for caresses and applause.

“Our sons shall not be taken from us to unlearn all that we have been able to teach them of charity, mercy and patience. We women of one country will be too tender of those of another country to allow our sons to be trained to injure theirs.”

From the bosom of the devastated earth a voice goes up with our own. It says, “Disarm, disarm! The sword is not the balance of justice.” Blood does not wipe out dishonor nor violence indicate possession.

As men have often forsaken the plow and the anvil at the summons of war, let women now leave all that may be left of home for a great and earnest day of counsel. Let them meet first, as women, to bewail and commemorate the dead. Let them then solemnly take counsel with each other as to the means whereby the great human family can live in peace, each learning after his own time, the sacred impress, not of Caesar, but of God.

In the name of womanhood and of humanity, I earnestly ask that a general congress of women without limit of nationality may be appointed and held at some place deemed most convenient and at the earliest period consistent with its objects, to promote the alliance of the different nationalities, the amicable settlement of international questions, the great and general interests of peace.

While countries around the world celebrate their own Mother’s Day at different times throughout the year, several countries, including the United States, Italy, Australia, Belgium, Denmark, Finland, and Turkey celebrate it on the second Sunday of May.

Arise, all women who have hearts!

In the United States, the origins of the official holiday go back to 1870, when Julia Ward Howe 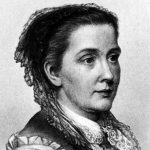 (1819-1910) – an abolitionist best remembered as the poet who wrote “Battle Hymn of the Republic” – worked to establish a Mother’s Peace Day. Howe dedicated the celebration to the eradication of war, and organized festivities in Boston for years. In 1907, Anna Jarvis, of Philadelphia, began the campaign to have Mother’s Day officially recognized, and in 1914, President Woodrow Wilson did this, proclaiming it a national holiday and a “public expression of our love and reverence for all mothers.”

Come decorate peace poles any time before 12:30 pm, at which time we will share fellowship, songs, & words for Peace
“May Peace Prevail on Earth”
PLEASE JOIN US

Mother’s Day is a world-wide event of pagan origins. In the United States, this day was linked to the concept of peace by Anna Jarvis in 1908 in memory of her mother, a well-known activist who started Mother’s Day work clubs to support soldiers on both sides of the American Civil War. After a checkered start in individual states and commercialization that Anna Jarvis grew to resent, in 1914 Woodrow Wilson declared the 2nd Sunday in May an official holiday to honor mothers. It’s link with peace became lost.

The “Peace Pole Project” has been an official Project of The World Peace Prayer Society since 1955. As a response to the bombings on Hiroshima and Nagasaki, Masahisa Goi from Japan dedicated his life to spreading the message, “May Peace Prevail on Earth”. White Peace Poles with this phrase etched on them were created in many different languages, handcrafted, sold and erected the world over as international symbols of peace.

In 2012 the Social Justice Committee of the First Unitarian Society started installing decorated posts, flanked by two white Peace Poles. Seven of the eight languages on both posts were provided by the scholars of Shorewood Elementary School. The eighth was provided by members of the Ho-Chunk community to help us acknowledge that we are situated on Ho-Chunk land. The Ho-Chunk words are said to be an equivalent phrase, as there is no direct translation for “May Peace Prevail on Earth.” in Ho-Chunk.

These posts have been installed and decorated annually on Mother’s Day ever since. They remain up for approximately one month. Any empty posts can be adopted by anyone moved to decorate them at any time while they are in place and the undone posts serve as a reminder that there is always more work to be done. First Unitarian Society is proud to co-sponsor this event with the following organizations this year: Wisconsin Network for Peace Justice and Sustainability and the Downtown Vigil for Peace.