Unions Around the World Showing Support for the

When Swedish middle-schooler and climate activist Greta Thunberg decided one year
ago—on August 20, 2018—to skip school and instead stand outside the Swedish
Parliament with a sign reading simply, “School Strike for Climate,” few could have
imagined that her action would help catalyze a dramatic expansion and intensification of
global climate actions led by young people, and a new wave of mobilizations under
banners like “Fridays for Future,” “Youth for Climate” and “Youth Strike 4 Climate.”
Her action caught imaginations around the world, much in the way that US Congress
member Alexandria Ocasio-Cortez’ championing of the “Green New Deal” led to a new
burst of interest in that idea. Students have now issued a call for a “Global Climate
Strike.”

Unions are responding to the call for a “Global Youth Climate Strike” on Friday,
September 20th, and for a “General Climate Change Strike” the following Friday,
September 27th. The two Fridays fall on either side of the “UN Climate Action
Summit,” to be convened by UN Gen. Sec. António Guterres on Monday, Sept. 23rd.

One example of a U.S. union in support is the Massachusetts Teachers Union’s call for a
strike for a national teachers strike in support of the Green New Deal.

The submitters’ rationale noted that, “Maybe, when our grandchildren ask us how the
Green New Deal was won, we can say it started with students—and then with us. That
when the teachers went out on strike in 2019, others followed. First the nurses, then the
hotel workers. Next came the TV writers, the teamsters, and the flight attendants. A
general strike shut down the whole country until Congress passed a Green New Deal
that the president signed into law. Millions of Americans soon started at the kinds of
green jobs-with-justice that reshaped this country and saved the planet. We faced the
crisis, wrestled emissions to net-zero, and put out the fire…There are more of us than
there are of them. If only we’d remember that. If only we’d act like it.”

Many international unions are supporting the climate strike actions, including major
unions in Australia, Germany, Italy, New Zealand and the United Kingdom.

Madison Teachers are fighting for a Cost-of-Living Wage Increase 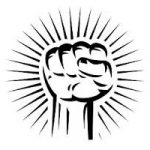 We stand in solidarity with all workers.

1 thought on “Labor Day – Support for the Climate Strike”